“So, let us come boldly to the throne of our gracious God. There we will receive his mercy, and we will find grace to help us when we need it most.” Hebrews 4:16

Bill Hybels says, “Prayer is an unnatural activity. From birth, we have been learning self-reliance rules as we strain and struggle to achieve self-sufficiency. Prayer flies in the face of those deep-seated values. It is an assault on human autonomy, an indictment of independent living. To people in the fast lane, determined to make it on their own, prayer is an interruption.”

I am embarrassed to admit this, but at times I have struggled with prayer. I believe in prayer. I know what the Bible teaches about prayer. I know the biblical stories that demonstrate the power of prayer. But if you were to chart my Christian life, there would be significant gaps where prayer has been missing in action. Even though I know it’s not true theologically, prayer has often felt passive like I wasn’t doing anything. I would describe what prayers I did as boring, mechanical, obligatory, and lacking faith. 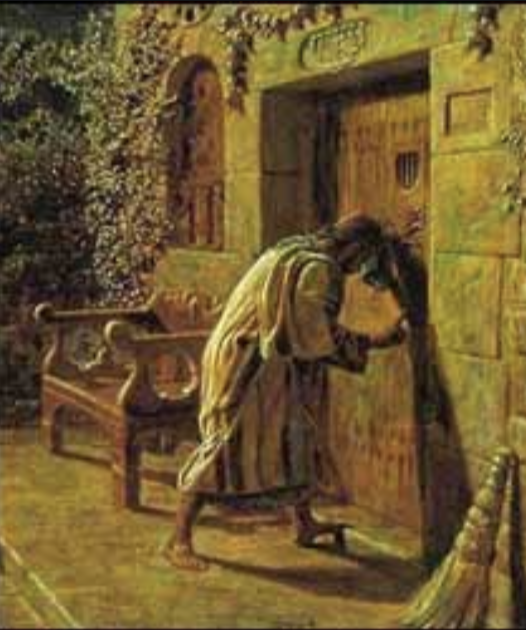 The Gospel of Luke has a thought-provoking story about prayer that changed my approach to talking with God. Luke 11 opens with the most general, vague, non-descript statement. It merely says, “One day Jesus was praying in a certain place.” There must have been something very compelling and different about the way that Jesus prayed because, in the very next verse, we find the disciples asking Jesus to teach them how to pray. I don’t know if you realize this, but the only thing the disciples ever asked Jesus to teach them was how to pray.

In that same chapter, in verses 5-8, Jesus tells the story of a man who has a friend show up for an unannounced visit. And the man has no food to offer his travelling friend. So, he goes to his neighbour, and even though it is midnight, he knocks on the door and asks for bread. The neighbour is irritated and initially refuses to get up and help. But the man at the door refused to give up and keeps knocking and asking for help. Then, the punch line of the story comes in verse 8. “I tell you, even though he will not get up and give you the bread because of friendship, yet he will surely get up and give you as much as you need because of your shameless audacity.”

God invites us to come to his door and bring our request with shameless audacity.

That might sound a little presumptuous and irreverent, and maybe your thinking, “I thought we were supposed to approach God humbly.” There is a difference between coming to God boldly and coming to God arrogantly. That is very different from the way I was taught to pray, almost sheepishly; “God, if it’s your will and if you have time, and if it wouldn’t be too much trouble, could You, maybe, potentially hear my prayer.” When you are desperate and have a real need (like the man in the story), you don’t worry about protocol or policy. You don’t care about image or what people will think.

God is not a grumpy neighbour who doesn’t want to be disturbed.  He is a gracious Father who delights in responding to His children.

The next time you pray, don’t be afraid to knock on heaven’s door and, with shameless audacity, bring your desires and deepest longings to your Heavenly Father.